Shippers will be squeezed by Cape Town deviance

As if shipping lines never had enough to worry about, now there is talk about the Suez Canal being closed because of Egypt unrest.

The Suez is important not only to the Asia-North Europe/Med trade but also to growing volumes of Asia cargo heading for the US East Coast.

Drewry Maritime Research compiled a report last week on what the impact on the lines would be if the East-West waterway were blocked.

Vessel schedules would have to immediately be adjusted to cope with the longer transit times incurred by sailing around the Cape of Good Hope.

One of the results of the excess capacity and high price of fuel is that the shipping lines have introduced more vessels into their long haul strings and are steaming them all slower. By speeding up the slow steaming ships, the lines will be able to maintain their schedules, even with a gigantic 3,500 nautical mile tour of the impressive South African coastline.

Drewry estimated that by increasing their sailing speed to 22 knots both east and westbound, the schedules would be maintained. Needless to say, the extra fuel costs would be recouped via a “deviation” surcharge (which I believe has nothing to do with an overnight stop at the red light district in Cape Town).

Mediterranean port rotations would be the worst affected and transshipment ports would see a drop in volumes as cargo was offloaded in North Europe hubs instead.

But in the small notes beneath tables in the Drewry report, we noticed a couple of interesting figures that further explain the pain being felt on the Asia-Europe trades by the container lines. The tables based their calculations on average vessel utilization on the trade of 85 percent westbound and 55 percent eastbound.

Such weak load factors and the poor freight rates make for a truly toxic mix and are dragging down shipping yields something horrible. The mid 90 percent area is where the carriers want to be, but once again there are too many ships and not enough cargo to fill them.

Alphaliner said 622,000 TEUs of new capacity was delivered to the Asia-Europe route in the first six months of the year, 33 of the vessels being over 10,000 TEU. To cope with the influx, carriers moved smaller ships to the secondary trades, leading to “a wave of vessel cascading across multiple tradelanes”, according to the shipping market watcher.

There is not much positive news coming out of the shipping sector at the moment, and even though schedules may not suffer too badly, shippers will pay dearly for a Cape detour.

The industry can only hope that, with two-way trade between Asia and Europe toping 20 million TEUs last year, there will be plenty of pressure on Egyptian authorities (whoever they may be) to keep the Suez Canal open and ships flowing through it.

Tags: of internet marine the America Behind Boatshow Can Do for Juli Marketers Marketing Miami MMA Perry Secrets What You YouTube 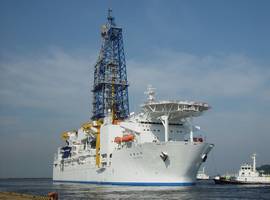