The Singapore line will get a good price for its home, and like all the world’s top carriers, rapidly mounting losses need to be stemmed.

When it comes to investment strategies, property is generally deemed to be a highly attractive long-term prospect. That’s why people in the financial advising business advise people to buy rather than rent. No point in paying off your landlord’s home.

So why is Singapore’s Neptune Orient Line (NOL) selling its headquarters building in Singapore? NOL uses 90 percent of the 26-storey building that is in a prime location.

Property in Singapore has gone through the roof in the last three years and 456 Alexandra Road is expected to easily sell for US$400 million. NOL then plans to lease back the building, which will see the company forking out around $2 million a month.

The problem is that NOL needs the cash. In the first quarter of this year the carrier reported a loss of $254 million, the fifth consecutive quarter it has spent in the red.

Brokerage DBS Vickers told The Edge newspaper in Singapore the funds raised from the sale would be for “strategic investments”, like boosting its logistics offering. But improving its cash position is surely a key reason for the sale.

This isn’t the first time NOL has sold the family home. During the Asian financial crisis in 1998, the company sold the building for $185 million. During SARS-hit 2003, NOL bought it back for the same price, which is pretty good going.

But this year the state of the container shipping business is far worse than ever before. Freight rates are being crushed by the excess capacity in the market and high bunker fuel prices are sucking the life out of the carriers.

This has left the company with debt-to-equity standing at 97 percent. It has $2.6 billion of gross borrowing and a cash balance of $250 million.

Even as NOL wrestles with the depressing operating environment, it must prepare for the arrival of 34 new container ships over the next two years. Yet there are no guarantees that the market will stage a recovery anytime soon. Europe is in trouble and will be for some time and while the transpacific is seeing some growth, it is mostly in the low single digits.

Unfortunately there is no getting around ordering new ships. The former boss of NOL, Ron Widdows, was instrumental in that decision and he was later quoted as saying shipping lines needed to order the latest, most fuel-efficient ships to survive through the down cycles.

In this high fuel cost era, a line will be sunk without fuel-efficient ships, and when the market bounces back, NOL needs to be in a position to capture the growing volumes.

And hopefully five years from now it will be able to buy its house back for the same price. Now that would really be something. 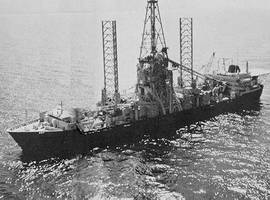 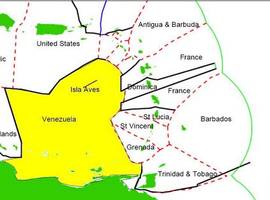