MarineNews Notes: Asides from Raina Clark, the Managing Editor of MarineNews, the source for offshore, coastal and inland waterways happenings. 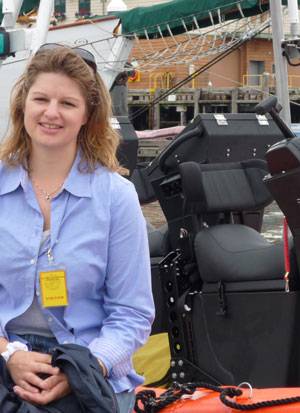 I'll start this inaugural blog post of MarineNews Notes with what I'm working on for the November edition of MarineNews - women on tugs. I don’t do many stories that get too deep into social and cultural debates, and I didn't think I'd run into high passions while collecting names of women in the business. I’d already received a number of names of women in the industry, often from their male counterparts, when I got an email from a very displeased female tug captain. Her point of view, if I translate it correctly, is that highlighting women in the industry only serves to further separate them from men and smacks of special treatment. A sailor is a sailor is a sailor.

I can understand the desire to avoid special status, and especially not to be seen as seeking special status. That doesn’t tend to improve your popularity on the crew. But, in my experience, and the experience of other women in the industry I’ve spoken to, there are many situations in which being the only woman on a crew of men presents a challenge. Accept in extreme cases, I think these difficulties come and go, depending on who you’re sailing with. But, being the only woman, or one of just a few women, always gives you a unique point of view. And that’s of great interest to me.

As one of the only women on an all male staff in the Coast Guard, I definitely had a few difficult moments. But I also had some great times and found that sometimes, being the only woman relieved me of the compulsion to compare myself to the women around me and that I had something to learn from the male tendency toward direct (sometimes less diplomatic) communication.

There, I’ve done it. I’ve opened up the male/female communication styles debate and what it’s like to navigate that in our industry. Let the generalizations and recriminations fly!

(I’m thinking of a series of three or four articles throughout the next year covering women on tugs, women pilots, women on offshore vessels, etc.)