What have we learned from the Titanic casualty?

Not a heck of a lot, at least to date. 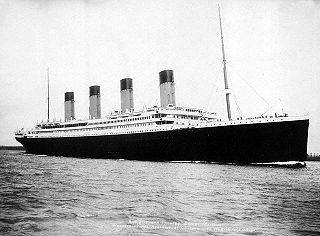 Late on the night of April 14, 1912, the “unsinkable” passenger ship RMS Titanic, on its maiden voyage from Southampton to New York struck an iceberg.  It sank about three hours later, at about 2:20 a.m. on April 15, 1912.  Of the 2,224 persons on board, 1,514 lost their lives.  In the century that followed, ships are better-constructed.  They carry more lifeboat capacity than there are persons on board.  They have radios for instant communication with shore and with other ships.  They have radar, fathometers, and other devices to warn of danger.  On the other hand, persons in charge of the operation and navigation of ships still succeed in running into islands, grounding on charted reefs, and colliding with other ships in clear weather.  In other words, as happened a century ago, negligence, complacency, and hubris continue to override all the preventative and remedial measures available.  I do not mean to single out the officer in charge of the navigation watch.  The master, the operator, and the owners are also deeply involved.  The system puts pressure on the people on the ship to run at excessive speed, to cut corners, to sail close to shore, to operate with minimal watchstanders, to continue working when severely fatigued, and to engage in other practices that unreasonably increase risk.  Most of the time, these practices do not result in casualties, but when they do, everyone takes cover and blames someone else – most frequently the person on scene.  It is incumbent on owners and operators to not only talk the talk, but also to walk the walk.  Encourage masters and officers to be cautious and back them up when they are.  Spend the additional monies necessary to do the right thing.  Otherwise, we will have learned nothing meaningful from the sinking of the Titanic!