On October 14, 2012 the USCG posted Port Security Advisory (PSA) 4-11 to its Homeport website. In essence, the Advisory removes conditions of entry previously imposed on vessels arriving from the Republic of Congo. “The Coast Guard has determined that the Republic of Congo is now maintaining effective anti-terrorism measures in their ports.”

Countries remaining on the list of those considered not to be maintaining effective anti-terrorism measures are: Cambodia, Cameroon, Comoros, Cote d’Ivoire, Cuba, Equatorial Guinea, Guinea-Bissau, Indonesia, Iran, Liberia, Madagascar, Sao Tome and Principe, Syria, Timor-Leste, and Venezuela. Some ports and/or terminals in some of these countries are deemed to be sufficiently secure and vessels arriving from those ports or terminals are exempted from the conditions of entry applicable to the rest of the country.

As conditions of entry into the United States, vessels that visit a country on the list (other than from an exempted port/terminal) during one of their last five port calls before arriving in the US should take the following (summarized) actions:

1. Implement measures per the ship’s security plan equivalent to Security Level 2 while in port in the affected countries.

2. Ensure that each access point to the ship is guarded and that the guards (ship’s crew or outside security personnel) have total visibility of the exterior (both landside and waterside) of the vessel.

3. Attempt to execute a Declaration of Security.

5. Report actions taken to the cognizant U.S. Coast Guard Captain of the Port prior to arrival in the U.S.

“Failure to properly implement the[se] actions . . . may result in delay or denial of entry into the United States.”

Vessels will met by the USCG on arrival.  “Based on the findings of the Coast Guard boarding or examination, the vessels . . . may be required to ensure that each access point to the ship is guarded by armed security guards and that they have total visibility of the exterior (both landside and waterside) of the vessel while in U.S. ports.”  Vessels “that have demonstrated good security compliance and can document that they took the measures called for” will “normally” have the armed security guard requirement waived.

The last time a country come off “the black list” was in April, when the Islamic Republic of Mauritania was removed by PSA 2-11.  In the meantime, Cote d’Ivoire and the Union of the Comoros were placed the list by PSA 3-11 in May.  Before that, Sao Tome and Principe was blacklisted by PSA 3-10 in April 2010.   So here’s hoping that the improvement in the Congo’s port security foretells a reversal of the down ward trend.

NOTE: This post may be copied, distributed, and displayed and derivative works may be based on it, provided it is attributed to Maritime Transportation Security News and Views by John C. W. Bennett, http://mpsint.com. 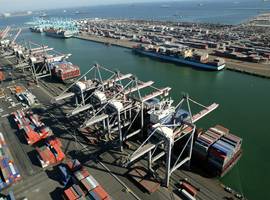 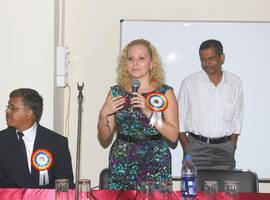