TransPac assocation should prepare for a FMC assault 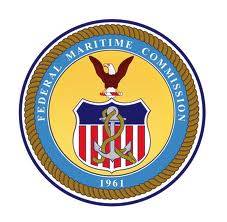 Civil servants are renowned for being sticklers for details, even when these make no sense. If  Form XYZ on ballast volumes has to be filed in triplicate in Peoria every third Thursday in June, you had better make sure it's done, even though everyone has forgotten why.

Psychologists theorize that officials' brains are wired differently – which is why they join the civil service in the first place – but actual proof has still to be found. The only fact known is that details have to be followed.

Which is where the TransPacific Stabilization Agreement has blundered, and blundered badly, when it should have known better. Federal Maritime Commission boss Richard Lidinksy has called the association out for being late to file meeting minutes within 21 days.

"Near outright defiance" is how he terms the behavior of some members for filing 28 days later. Shocking indeed. Then he ladles it on, "… a group of shipping lines have been given antitrust immunity to collude to raise the rates that American shippers and consumers pay …", and the rest of it. (About 20 percent of minutes have been filed late.)

The point is, the FMC has obviously been building up ammunition to smear the TSA as much as possible.   But the 15-or-so members sail on, serene in the knowledge that they can't be touched. Now they are proposing to bring in a surcharge in January, hiking rates by $400 per 40-footer. " The recommended increases apply to all shipments moving under individual carrier tariffs, as well as service contract cargo in all commodity segments where volume commitments have been met and/or contract provisions permit."

Such a statement is likely to give Lidinsky, and the growing number of shippers who hate the TSA, apoplexy. This is seen as a declaration that the association can do what it likes and is paying lip service to the notion of individual and independent decision-making. Billing itself as " a research and discussion forum" is derided openly throughout the industry. The lines will mysteriously and simultaneously raise rates at the same time

The association could well wake up to a sudden federal shock next year. Keeping the FMC happy would be so much easier if members paid attention to the correct paper work.