Posted to From the desk of FMC Commissioner Doyle (byWilliam P. Doyle) on July 17, 2017

One year after the opening of the expanded Panama Canal, it is impacting U.S. Gulf and East Coast ports more quickly than many anticipated.

The Authors
Owen Braley is a summer student volunteer in the Office of FMC Commissioner William P. Doyle. Braley is entering his junior year, a Second Class Cadet, at the Massachusetts Maritime Academy, majoring in International Maritime Business (IMB). He recently returned from a semester abroad at the Dalian Maritime University in Dalian, China.
William P. Doyle is a Commissioner with the U.S. Federal Maritime Commission. The FMC, among other things, regulates liner companies, ocean transportation intermediaries and marine terminal operators. The thoughts and comments he expresses here are his own and should not be construed to represent the position of the Commission or his fellow Commissioners. 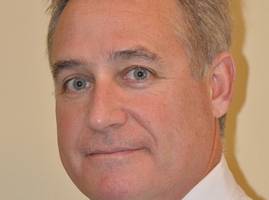