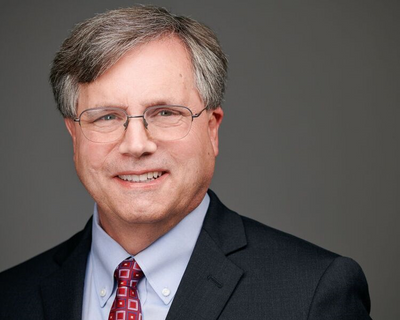 Over the years the Port of Oakland has enjoyed a reputation for solid management, responsiveness and innovation.  It has been well-deserved as demonstrated by its environmental achievements, high volume of ship calls and balanced growth in import and export cargo at the seaport.
As a result, its tenants and customers have invested billions of dollars in infrastructure and equipment.
But going forward, the Port of Oakland’s reputation is being shaped by how it responds to the efforts of a major league baseball team that is pursuing the construction of a 35,000-seat ballpark, 4,000 residential housing units, millions of square feet in commercial retail, and a hotel development within the boundaries of the Port.
The development is being touted as transformational for the City of Oakland.  But absent from the debate is a fundamental question about the impact this project will have on the maritime and international trade operations of the Port of Oakland.
The Port of Oakland supports tens of thousands of middle class jobs.  Its economic impact extends beyond the immediate area surrounding the Port ranging from the Central and Salinas Valleys to Nevada and well beyond.
A core question is whether public officials are willing to sacrifice a thriving, well-run commercial seaport to create another entertainment and housing venue that could be built anywhere – including the site where the ball club currently plays.
The members of the Oakland Port Commission are trustees with fiduciary duties to the Port, the State and their underwriters – and they owe thoughtful, critical review and consideration of the needs of their core business and the commercial success of their tenants and customers.  Marine terminal leases and ocean carrier business operations provide over $140 million in annual revenue to the Port – revenue which is necessary to finance their $100 million annual debt service payments.
Unfortunately, recent public comments have confirmed that raising questions of how to analyze the impacts that the housing and stadium project will have on seaport operations will be viewed as offensive to supporters of the proposal.
A broad coalition of labor, environmental, cargo-owner, truckers and seaport organizations (including PMSA) jointly submitted a letter to the Legislature in February, urging that the current laws outlining the environmental review and land use regulation processes for the Howard Terminal development project not be weakened or given special dispensation.  The message of this coalition was simple and straightforward – follow the same environmental standards that everyone else is required to follow for any project at the Port.
The reactions to this simple request were swift, dismissive, and derisive.  This included social media commentary by a port commissioner who announced that he would be voting “yes” on the project even though the Port is still engaged in negotiations on the project.  The port commissioner also questioned the motives of environmental groups which were asking for the project to follow existing environmental requirements and attacked the trucking industry, calling their operations “#environmental racism”.  The port commissioner’s comments were contrary to the data from port staff that shows dramatic reductions in port related emissions and, after the expenditure of hundreds of millions of dollars in new and innovative technologies, that the cleanest trucks that operate in California operate at the ports.
In addition, while the ballclub responded to the coalition letter by stating in the press that they were not seeking to reduce any environmental reviews, only the day before they had been circulating draft legislation in the State Capitol to remove critical review of the terminal project by local environmental regulators.
The tenants, customers and all those that derive their livelihood from the Port of Oakland deserve better.
But if the recent public comments of ballpark proponents are any indication, an open and honest debate and a full and complete analysis of the Howard Terminal project will not be forthcoming.  The workers, tenants and customers of the Port of Oakland will be called “out” on strikes without even being given the opportunity to get up to bat.
John McLaurin is President, Pacific Merchant Shipping Association
This article first appeared in the PMSA Newsletter