As if falling throughput, dwindling direct exports and high charges weren’t enough, the port is now struggling to deal with striking dockers.

A port strike is not something normally associated with Hong Kong, but the biggest terminal operator in the city has been crippled for six days now, with no sign of a resolution.

Hongkong International Terminals, or HIT, says the strike is costing it more than US$600,000 a day as disgruntled dock workers demand pay increases of 20 percent. The workers are not employed by HIT but account for nearly half the force serving its terminals.

HIT is the Hong Kong operator of Hutchison Port Holdings Trust, the Singapore-listed ports arm of Li Ka-shing’s giant Hutchison Whampoa group. It has a 70 percent share of the market at Hong Kong’s container port, operating 16 of the 24 berths, so a shutdown effectively brings the city’s container handling to a standstill. Hutchison said the strike could affect 80 vessels over the next few days.

Reports are coming in of shipping lines rerouting vessels to other ports to avoid disruptions, which is a nightmare scenario for Hong Kong. The port is seeing its share of direct South China exports steadily being siphoned off by neighbouring Shenzhen that is closer to the factories, and forwarders will be very quick to shift cargo away from Hong Kong.

It is perhaps fortunate that the economic slowdown in Europe and the US has seen fewer orders being placed with factories and exports have fallen as a result. Hong Kong’s throughput last year was down by five percent and Shenzhen reported marginal growth, so the whole region is in the doldrums, anyway.

Hong Kong will almost certainly fall to fourth place in the busiest container port list behind Shenzhen by the end of this year, which is not such a big deal in itself. What is more serious is that the only area in which the port is growing is in lower value-adding transshipment cargo. There is no loyalty when it comes to this type of containerized cargo. If it is not Hong Kong it could be transshipped in Taipei, Yantian, Xiamen, Ningbo or a host of other ports.

Once shipping lines have moved and new cargo flows have been established, it won’t be easy to lure the volumes back to Hong Kong. In the past, the city’s terminals could boast better efficiency and turnaround speed than its rivals, but it no longer enjoys any real competitive advantage.

And now “no strikes” can be scratched off the “reasons to use Hong Kong port” list. 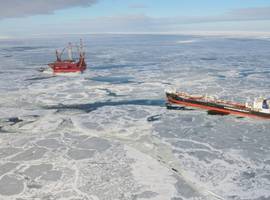