Pensacola is the westernmost city in Florida, nearly extending into Alabama.  It is the homeport for a number of fishing vessels and small passenger vessels.  One of its claims to fame is that it is the site of the first European settlement in what is now the United States (assuming that you disregard Puerto Rico).  Indians had lived in the area for centuries.  In 1528, Pánfilo de Narváez sailed along the Gulf Coast, including Pensacola Bay (he named it the Bay of Ochuse), claiming the area for Spain.  Hernando de Soto and his troops explored the area in 1539, further cementing the Spanish claim.  The Governor of Mexico sought to strengthen the Spanish claim to the entire US southeast and to prevent its acquisition by the English and French.  In 1559, he dispatched Tristán de Luna y Arellano and 1,400 people on eleven ships from Vera Cruz to establish an outpost, to be called Ochuse.  The passengers were ashore for only a brief period before a hurricane struck on September 19, 1559.  It killed hundreds of the settlers, sank five ships, and ruined many of the supplies.  The survivors attempted to establish a settlement, but the effort was abandoned in 1561.  When the French began to explore the lower Mississippi River and Gulf Coast area in 1682, the Spanish recognized the need for a blocking effort.  A fortified town was built at Pensacola in 1698.  Ultimately, three presidios were built in the area, but one was destroyed by hurricanes.  Having backed the wrong side, Spain ceded Florida to Britain at the end of the French and Indian War.  Pensacola was made the capital of the British colony of West Florida.  Spain backed the rebels during the American Revolution and recaptured Pensacola during the Battle of Pensacola in 1781.  Spain sold East and West Florida (also called The Floridas) to the United States for $5 million in 1819.  Pensacola is sometimes called the City of Five Flags because the area has come under five nations during its long history: Spain, France, Great Britain, the Confederate States of America, and the United States of America.  St. Augustine calls itself the oldest continuously-occupied city in the United States, but it is a relative newcomer, being founded in 1565.

What have we learned from the Titanic casualty? 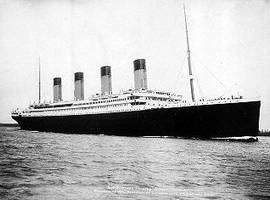 A Temporary Change in Latitude – and Attitude