Posted to On the waterfront (byEmma-Jane Batey) on October 15, 2009

Oh the crazy world of Twitter! As soon as the hashtag #Trafigura became a trending topic on Tuesday, it disappeared within twenty four hours, having done its job like a glorious mayfly.

It just goes to show how immediate our news is now. It’s no longer about sitting down to watch the Six O’Clock News before supper, seeing the events of the day discussed. The news is now all about what is going to happen tomorrow, with constant rolling news channels telling us what politicians are going to say at their next speech, or watching live reports of terminal illness unfolding, possibly unnecessary wars being fought and dodgy expenses uncovered.

What the Guardian/Trafigura/Twitter triangle has shown over the past three days is that people can actually make a difference. OK, so if you’ve only got five followers on Twitter you’re not going to make as much impact as Stephen Fry, with his high profile and 837, 571 fans hanging onto his every tweet.

But a hashtag, or ‘official’ trending topic is available to us all. Important issues can move quickly when people are supporting in their droves. That’s what makes this issue with Trafigura so very interesting, especially in these days of dark figures seemingly controlling all manner of deals, offices and contracts.

Ever since it became apparent that Trafigura, one of the world’s largest oil traders, was aware that its oil tankers had dumped waste off the Ivory Coast with the full knowledge of the company, the internet has been awash with people wanting answers.

The email trail of guilt lead to the ‘gagging order’ of the Guardian newspaper following a related question in the Houses of Parliament, as reported by On The Waterfront on Tuesday. The subsequent Twitter frenzy turned the situation around so quickly that we can no longer be in any doubt that news is not only about what happened today, or what will happen tomorrow, as decided by the news channel bosses and the press, but it’s about what news are we making right now. 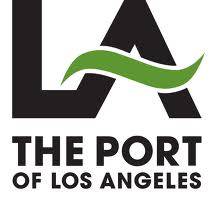