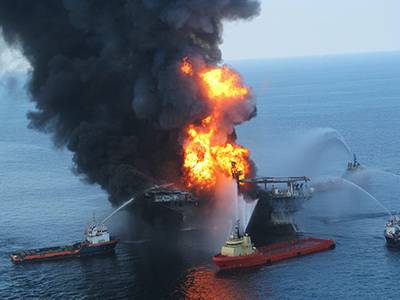 The Macondo oil spill in the Gulf of Mexico (following the April 20, 2010 explosion and fire on the MODU Deepwater Horizon) and the reactor failures at the Fukushima Daiichi nuclear power plant in northern Japan (subsequent to the March 11, 2011 magnitude 9.0 earthquake and tsunami) have more similarities than one might suppose.  Both catastrophes involved highly complex systems – which unfortunately, but not unexpectedly, went awry.  Both were excruciatingly long-term events: the Macondo spill continued for 86 days; the Fukushima Daiichi event has been running for over 30 days with no quick end in sight.  Both catastrophes were preventable: hindsight is 20:20.  In both cases, the commercial entities involved and (to a lesser extent) the governments issued rose-colored reports on the situation, soon shown to be inaccurate.  These Pollyannish reports quickly eroded the public confidence that the commercial entities and the government would be up to the task of remedying the situation.  In both cases, there have been many innocent victims and the environments and ecosystems have been severely degraded.  Finally, both catastrophes will require long-term remediation.  I am not an opponent of technological advances.  But, when the consequences of failure are high, take more precautions, rather than fewer, and learn from the mistakes and near-misses of yourself and others.