For seafaring to continue on a healthy course, manning and training need to be promoted simultaneously with equal thrust 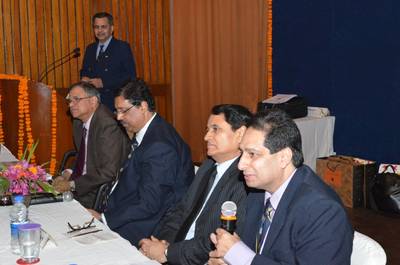 Encouraging updates from the Manning and Training sector in India present a healthy picture of the industry. It appears that the future is set to get brighter as was revealed in a panel discussion held under the aegis of the Company of Master Mariners of India. Selected participants in the panel discussion are well-acclaimed icons of the fraternity known to have their finger on the pulse of the industry and having constant contact with cronies and who’s who in manning and training.

The discussions yielded some revealing facts. It was established that just finding competent people in the seafaring profession was not as vital as selecting the right people. It was underscored that training goes hand-in-hand with the selection process. There is no dearth of opportunities and there is growth seen in manning. But the market is bad especially in the tankers segment which is seeing many vessels getting scrapped. Ship owners are looking at cost cutting. But the discussions boiled down to the main issue about whether Indian seafarers would ultimately suffer the same fate as the European seafarers who were found to be expensive to employ?

For one thing seafarers have come down to the level of being price takers and cannot be put in the category of “price makers”. The growth potential still exists and jobs for the talented are plentiful.

The manning industry looks to the Indian administrations for greater support. More road shows and greater effort in marketing Indian seafarers was necessary especially in countries such as Japan and others. It needs to create awareness about the extensive maritime training facilities that exists in India geared to mould seafarers to perform according to their needs of shipowners. There has been excellent backing from the trade unions and have been known to rise up to the occasion when need arises.

Recruitment position for officers is strong but junior officers are increasingly facing competition from Filipinos and others. This situation could be rectified if the management on board considers training as part of their responsibility too. Training institutes are concentrating in bringing in quality but is not the case with all. The move made by the Indian Maritime University and the Board of examiners in selecting good candidates is a step in the right direction.

The claims generally being made as regards retention and attrition by most manning companies appears to be exaggerated as there is a tendency to present a rosy picture to shipowners. One reason being that oil majors go by the past 10-year record and they prefer a retention rate of over 90 per cent. As a result shipowners are forced to retain seafarers.

With regard competency (not necessarily the performance angle) the feedback reported is good especially with regard to skill, attitude and knowledge. It was felt that the masters could play a significant role in helping to promote quality because his role in imparting training is crucial.

It was noted that on the performance side whenever mistakes happen, the management on board showed exceptional ability to resolve them. It was underscored that preventing mistakes taking place in the first place were preferable. On the present entry level there are recruits joining the seafaring career who don’t even know what shipping is all about. On the other hand piracy is taking its toll and seafaring continues to lose good talents.

Indian Certificate of Competency is considered invaluable as it is accepted worldwide and Indian seafarers prefer it to that of any other administration in the world. As ships are continuously getting specialized, value added courses are gaining importance. But these courses not being included in the Standards of Training, Certification and Watch-keeping (STCW) there is a strong tendency among seafarers to do them only when employed with a company where the company bears the cost – seafarers almost never do the course on their own and at their own cost. But ship owners are increasingly looking for seafarers who are already trained for their ship specific.

If India wants to increase its contributing to the global seafaring community and wants to enhance its share from the present 6 per cent to 12 percent, the need for a more proactive approach is necessary. For this mariners will have to be more upbeat and move ahead and get themselves’ prepared in advance in all new regulations coming including that of ECDIS, ballast water, etc. India is seen to have very good training capacity in more than 130 training institutes for meeting the 12 percent target fixed by the government to be achieved by 2015.  The quality of training being imparted is of high standard thanks to the regular inspection carried out by the Indian administration and the self assessment process in place. Above all providing better salaries and congenial working environment for the faculty will go a long way in raising the quality bar.

A Temporary Change in Latitude – and Attitude