Posted to Indian Navy and Coast Guard to the rescue of the Indian Administration? (byJoseph Fonseca) on July 16, 2012

The Government of India is mulling over the idea of handing over the statutory functions of the Indian Administration (Directorate General of Shipping) to the Indian Navy and the Coast Guard. As a beginning, the two agencies are likely to begin posting some of their officials to operate from the office of the Director General of Shipping. This comes as a result of the DGS’s inability to satisfactorily perform its regulatory and facilitative role owing to manpower crunch caused by the flight of professionals, inability to attract the right personnel or even enhance the strength of its staff.

The reason for this possible paradigm shift can be linked to many factors. In fact, of late the directorate has had to be closely associated with these two agencies on many issues: The oil spill that occurred in the sea around Mumbai two years ago after the Panama-flagged M.V. MSC Chitra and M.V. Khalijia III collision off the coast of India on August 7 2010 and the casting of about 200 cargo containers from MSC Chitra into the Arabian Sea after its collision with the in-bound Khalijia-III to name but a few. This led to the closure of both the major ports - Mumbai and Jawaharlal Nehru ports for over a week. Piracy is another aspect that threatens to ravage the shipping trade. Yet another is terrorism, a menace playing foul across the Indian coastal waters.

In the past, naval officers were routinely commissioned by the Indian Navy to serve in the directorate as deputy director generals of shipping and to hold such other posts. But this was discontinued temporarily. (Similar is the case with officers from the Central Board of Excise and Customs and the Indian Railways, etc. who are nominated each year) In fact the present Director General of Shipping In-charge, Deepak Shetty is from the Indian Revenue Service.

While on the one hand there is a severe resource crunch in the Directorate with manpower dwindling fast over the years, on the other, shipping tonnage has been soaring steadily. The last manpower study was undertaken in 1988 and there has been no increase since the past 24 years. In order to overcome the resource constraints the directorate began outsourcing many of the functions to the Indian Register of Shipping (IRS). But unfortunately, the IRS itself has not been able to live up to its expectations, because it is saddled with problems of its own. They have been wrestling with the tremendous shortage of professionals in their organization to undertake this specialized task. The situation there is no different from what is prevailing in the DGS.

The IRS having acquired full membership of the International Association of Classification Societies (IACS), people in the trade do not consider this as a major development. “It is only an ‘upliftment’ in status, having consolidated the ground work”, they point out.

However, it is felt that there is likely to be a big disconnect, once the coast guard and the navy take over the functions of the DGS. This is specially so because the former is geared for defense whereas the latter deals with merchant shipping, viz transport of cargo and passengers. Merchant ships rely on the latest technologies for moving cargo across the oceans whereas the technologies which the navy and coast guard depend on are not necessarily so.

Being exposed to a regimented environment and having only a limited exposure to merchant shipping, it remains to be seen how quickly they will adapt to the new environment once they take over the DGS. They will have to exercise their flexibility to see that merchant shipping grows.

No doubt the intention may be good and will bring in more discipline in the working of the directorate. But it should be noted that it is not the first time this proposal is being contemplated. Way back in 2003 a similar move was made but got put on the back burner. This time round things are likely to be different since this seems to be an inevitable option. The moot question remains is whether the Ministry of Shipping would eventually get merged with the ministry of defense or be playing a secondary role. What happens to all other senior officials who are in the DGS and the shipping ministry? Would they be content playing a second fiddle? 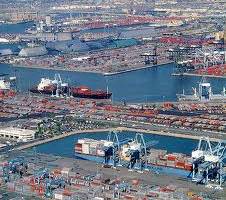