Henry Miller Shreve (1785-1851) was a riverboat captain and inventor.  Born in New Jersey, he moved with his family in 1788 to a homestead in western Pennsylvania on the Youghiogheny River.  After his father’s death in 1799, he served on several riverboats, soon owning one of his own.  He pioneered the fur trade between the then small frontier settlement in St. Louis and Philadelphia via Pittsburgh.  Shortly thereafter, he began transporting lead ore from Galena, Illinois to Pittsburgh.  He took his barge on the first voyage from Pittsburgh to New Orleans in late 1813, where he saw the first steamboat to ply the western rivers.  It had been built by the heirs of Robert Fulton and Robert Livingston, who had a monopoly on the operation of steamboats on the Mississippi.  Shreve returned to his home in Brownville, Pennsylvania, where he and a group of investors built their own steamboat, named the Enterprise.  Shreve commanded the Enterprise when it transited to New Orleans in 1814, carrying munitions for use by General Andrew Jackson in the defense against an attack by British forces.  Shortly thereafter, the heirs of Fulton and Livingston brought suit to enforce their monopoly.  After several years of procedural maneuvers, suit was dismissed and the monopoly was broken.  In the meantime, Shreve had recognized shortcomings in the Fulton-Livingston design.  The deep-draft hull that worked well on coastal rivers and in the ocean was unsuited for the shallow western rivers.  In addition, the low-pressure boiler took up too much space.  He designed a shallow-draft, wide riverboat with two decks.  The machinery spaces were located on the main deck and the second deck was reserved for passengers.  He also designed a high-pressure boiler that provided more power while consuming less space.  This new steamboat was named the Washington; it set the standard for all future steamboats on the western rivers.  The Washington initiated regular voyages between New Orleans and Louisville in 1817.  In 1826, Shreve was appointed to the US Army Corps of Engineers as Superintendent of Western River Improvements.  He invented the snagboat to remove log jams from the western rivers.  At that time, log jams or snags were numerous, presenting threats to riverboats on the Mississippi and Ohio and making other rivers such as the Arkansas and Red virtually impassable.  The snagboat Heliopolis was actually two hulls connected by large beams.  A steam-powered windlass was used to pull the logs on board, where a sawmill cut the logs down to a manageable size.  By 1829, the Mississippi and Ohio Rivers had been largely cleared of snags.  He then turned his attention to the Arkansas, largely clearing that river from its mouth to beyond Little Rock by 1834.  The next obstacle undertaken was the immense log jam on the Red River, known as the Great Raft.  When he finished that project in 1839, a small town on the river in northwest Louisiana was renamed Shreveport in his honor.  Shreve was unceremoniously relieved of his position with the Corps of Engineers in 1841 when the Whig Party candidate John Tyler became President.  He retired to the farm of his daughter and son-in-law outside St. Louis, dying there a few years later.

Is it a near miss? Or was it an unsafe act? 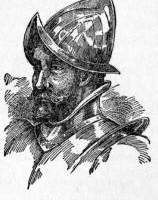