The marine version is called a nautical almanac 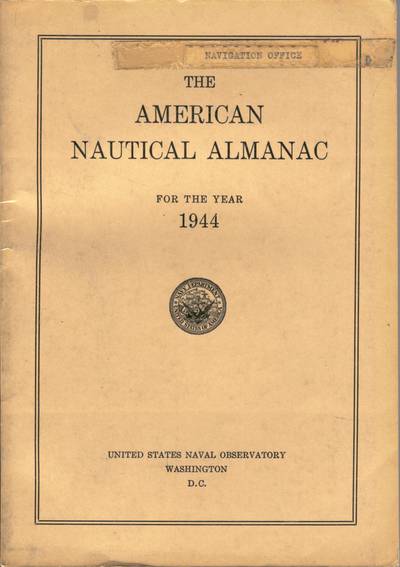 An ephemeris is a calendar giving the positions of naturally-occurring astronomical objects and, these days, artificial satellites in the sky at given times.  Originally, the ephemerides were developed by and for astronomers at particular observatories.  The oldest known ephemeris was the Panchangam tables compiled by Indian astronomers during the Vedic period in the second millennium BC.  In the first millennium BC, ephemerides were in use at Babylonian observatories in the Middle East.  The oldest known western ephemeris was compiled by Ptolemy in the second century AD.  These ephemerides included data on the sun, moon, visible planets, and hundreds of stars of interest to astronomers.  Gradually, ephemerides were developed for use in random locations.  It was learned that, if you knew when a certain celestial body was visible (or what its position was at a particular time) you could work backwards to determine your location.  The more precisely you knew your time and the position in the sky of the celestial object, the more precisely you could calculate your position.  Ephemerides designed particularly for use by mariners were developed and came to be called nautical almanacs.  Specialized ephemerides have been developed for astrologers.  In early 1504, Christopher Columbus, on his fourth and final voyage to the supposed Indies, stranded his two vessels on the beach in Jamaica.  By late February, relations with the local natives had soured to the point that they refused to continue supplying the sailors with provisions.  After consulting the ephemeris of the German astronomer Regiomontanus, Columbus realized that there would be a total lunar eclipse on the night of 29 February 1504.  He told the local chieftain that his god was displeased by such conduct and would make the moon inflamed with wrath.  The lunar eclipse occurred on schedule and the natives resumed provisioning the ships.  In 1767, the Nautical Almanac was first published by HM Nautical Almanac Office.  The US Nautical Almanac was first published by the US Naval Observatory in 1852.  A unified UK-US Nautical Almanac has been jointly published since 1958.  This includes the sun, moon, visible planets, and 57 stars selected for their prominence.

Is it a near miss? Or was it an unsafe act?