As if billion-dollar losses and the threat of being delisted from the Shanghai exchange weren’t enough for China’s flagship carrier, along comes Five-Oh again.

Don’t leave town, police told an executive director at China Cosco Holdings last week. Okay, they probably never said that, but it doesn’t change the fact that Xu Minjie is under investigation in what is widely believed to be part of Beijing’s crackdown on widespread corruption.

In a statement issued to mainland media, China Cosco said Xu was under investigation by the “relevant departments” and that the investigation would not have any effect on the group business. I guess business is so bad anyway that even if the entire board of directors was taken away it could hardly make it any worse.

The arrest of senior executives at China Cosco is nothing new. In July, former general-manager of the carrier’s Dalian branch Meng Qinglin was arrested for corruption, and in 2011, former vice-general manager of Cosco's Qingdao branch, Song Jun, was arrested under corruption charges. Naughty fellows.

It was also reported by China media that the former high flier and chairman of China Cosco, Capt Wei Jiafu, has been ordered not to leave the country while the investigation continues. Naturally, that was swiftly denied but if true, it is a stunning development.

Wei was one of China’s most powerful business figures and commandeered huge respect in the shipping industry as head of the country’s flagship carrier. But the collapse of the bulk and container markets combined with over capacity and a wildly optimistic orderbook saw the losses start to roll in. Shareholders began to revolt and in July, Wei was removed from his post.

The last two years have seen China Cosco posting impressive losses and for the first nine months of this year the carrier was US$330 million in the red. A third year of losses will get the line delisted from the Shanghai Stock Exchange, but that is unlikely to happen. China Cosco is selling off bits and pieces to its parent company to offset the continuing losses in its shipping business, so it may be able to at least break even this year.

It is probably a good time for Beijing to sit down and work out how to merge Cosco and China Shipping. With their tentacles stretching into multiple companies in different business sectors it will be a complete nightmare, but the alternative is a badly managed shipping line that carries heaps of losses instead of tonnes of cargo. 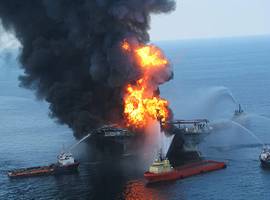