Having just returned from the 4th Annual Ballast Water Management Summit held in Long Beach, CA, I’m completely up to speed (or so I kid myself) on the complex topic of ballast water management systems, treatment and the regulatory quagmire represented by the IMO, U.S. Coast Guard, the EPA and sixteen other U.S. states that have their own Balkanized idea of what this should entail. I can’t believe I’ve been obsessing over this topic since 2003. Back then, U.S. Coast Guard ADM Ronald F. Silva – then commander of the Coast Guard’s ninth district – told me, and I quote, “The problem of invasive species is the highest priority marine environmental issue for the U.S. Coast Guard, not just here in the ninth district, but nationwide, as well.”

Time does fly when you are having fun. In the first quarter of 2017, it is nice to see that we’ve moved along expeditiously towards a final solution. And that’s just we’re doing, apparently – moving briskly right along. The ratification of the IMO ballast water convention has been followed in short order by the U.S. Coast Guard’s approval of not one, but three OEM BWT systems. A fourth is in the pipeline. A new bill inching its way through the federal legislative process – the so-called C VIDA bill – promises to unite all domestic regulatory oversight into a single entity. Separately, and according to ABS Regional VP Michael Michaud, it is possible if not very likely that as many as 12 BWT systems in total could be approved by the end of the year.

So, it’s all good, right? Not so fast. The flurry of activity has spawned a whole new raft of issues, not the least of which will involve finding dry dock space and availability to get the BWT equipment retrofitted. Sure – and as it was opined at the  BWT conference – the figure of 60,000 hulls is probably high, but you can bet that, as a minimum, tens of thousands of vessels will be queuing for the equipment that will put them into compliance. I’m told that the prices of approved systems are now predictably (and significantly) higher than the ones not yet boasting of a Coast Guard seal of approval. For U.S. yards, sadly, the INTEL from the conference was that virtually anyone with a blue water, Jones Act hull needing BWT retrofits was either fleeing (or getting ready) to an Asian drydock for a cheaper price. But, I’m veering off course again.

That’s all assuming that the OEM’s themselves can ramp up quickly to produce the necessary hardware in quantity. A good engineer and/or naval architect will tell you that ship operators ought to be planning now for the big event, something which can take up to six months to put all the pieces into place. And yet, talk at the conference often came back to the topic of how one might obtain or apply for an extension from the U.S. Coast Guard – something apparently, many owners have been doing as a regular event. Consensus at the show was that, looking at the three systems already approved and with as many as nine more looming large in the proverbial porthole, the nation’s fifth uniformed service was about to get a lot more stingy with any approvals for delay. In other words, you better have a compelling reason for that delay.

Long Ago and Far Away: a Parallel Universe

It seems like just yesterday that, in my previous life after involuntarily coming ashore, I spent many years as a marine consultant. That involved a lot of things – vetting, condition surveys, draft surveys, ISPS surveys, and yes, cargo surveys. We did some bulk cargoes and offbeat stuff, but ours was mostly a petroleum, tanker based outfit. And, we performed A LOT of cargo oversight, expediting and in general, making sure our principal’s interests were attended to during marine custody transfers. Often, this involved loss control work, supervising cargo measurement and other unpleasant tasks, typically at 3 AM in the morning while swatting mosquitoes large enough to carry away small children and pets.

What you discover very quickly, as you gain experience, is that the quality of the cargo being delivered or received is every bit as important – if not far more important – than the quantity or volume that is measured. Sure, call your trader at 4 AM to let him know that you were 0.75% short on volume on a one million barrel crude cargo, and you’d get an earful. On the other hand, it was never ideal to have a fuel oil cargo whose sulphur content was too high or perhaps, sediment and water (S&W) content ‘out of spec.’ Suddenly, your principal might be faced with having to renegotiate the price of the parcel, or worse – face rejection of the delivery altogether. No one, apparently, wants to be ‘long’ on a large parcel of petroleum on a tanker that just missed its next laycan because the current charterer can’t find a buyer for his suddenly unwanted cargo. These were good times had by all, I assure you. And, I do have a point. Bear with me.

A Sample … of What to Expect

What does any of the foregoing have to do with ballast water? As it turns out, plenty. Eventually, all these vessels will have these BWT systems installed and everyone will sail off into the horizon and trade happily ever after. That is, until they arrive back in San Francisco Bay and are then asked to deliver ballast water samples to the local authorities. Or, perhaps, it is time to check the sample box on your VGP declaration. It is at this point that all bets are off. That’s because your device may be working just fine, but if the samples being delivered don’t reflect that reality, then you could be in a world of trouble. For example, imagine being ‘long’ on 30,000 metric tons of ballast water that no port will let you discharge.

Traveling back in time (just once more, I promise) to my petroleum days, the one thing that I always kept a close eye on when quality was a key metric in the cargo transaction, was (a.) who was doing the sampling, and (b.) how that sampling was being accomplished. That’s because the typical third party inspection firm in the late 1980’s would, more often than not, send the most junior person in the company on deck to perform what was easily one of the nastiest (and ironically, the most critical) jobs on the planet. That individual, often now up for more than 24 hours and owing to the scaled overtime rates then in force, might be making as little as $3.00 per hour. You can only imagine the highly motivated and competent fashion with which those samples were pulled, labeled, sealed and (finally) delivered to the gleaming lab across the channel.

That’s not to say the traders weren’t aware of their exposure. They were. Sometimes, in between squash matches at the Texas Club in downtown Houston, they’d even pause long enough to yell at me. Meanwhile, in the absence of an automatic in-line sampler, manual samples typically involved five different methods – an upper sample, lower, middle, running average (a skill unto itself if done properly and it rarely was) and what was called a “dead bottom” sample, taken with a special device. I remember one very particular blender who insisted on a seven step sampling process, something the sampling dudes referred to derisively (probably because it delayed their arrival at the bar on I-10 in East Houston by at least 30 minutes) as a “TB-7.” TB, of course, were the initials of the blender. We’ll leave it at that.

All of those samples, once received by the lab, would then be meticulously and volumetrically combined to form one ‘representative’ sample, which was then tested and deemed to represent the quality of the entire million barrel cargo. And for all the technology, gleaming equipment and highly trained lab technicians, in the end, the analysis was only as good as the samples (usually) taken by a sleepy guy working his way towards his GED in his spare time when he wasn’t getting dirty on deck. Those analysis numbers also relied on the ‘hope and prayer’ that the inspector’s sampling kit and bottles hadn’t been rolling around in the back of a dirty and wet pickup truck for the past week. And that brings us right back to your treated ballast water samples.

It was a pretty good ballast water conference. I’ve been to it before, of course, and you always learn something new. A key take-away from this year’s version was the murky subject of sampling, when that might be required, how it would be done, who would do it and all the rest of it. It turns out there isn’t a clear consensus of what this will entail in the future, and as outlined above, it may be more important than the installation of the equipment itself. Based on my considerable experience – that and $4.50 will get you a hot beverage at a high end coffee chain – I believe that this aspect of the BWT equation is a can of worms that is about to give everyone a lot of trouble. If shipowners aren’t worried about it, well, they should be.

Like the bunkers you lifted in good faith in the Far East that came complete with a beautiful analysis report (remember our ‘crack’ sampling crew?) that details full compliance with the new low sulphur requirements, that piece of paper may not be worth the paper it is printed on when the ECA flag state at your next disport comes on board and says that you are out of compliance. An apples-to-oranges comparison? I think not.

In the petroleum trades, it is called a “representative sample.” I’m not sure what the ballast water equivalent to that term might be. It turns out that no one else knows, either. Eventually, we’ll all find out together, I suppose. I also have this creepy feeling that it’s going to be very expensive, when we do. Brace yourself. – MarPro.

Joseph Keefe is a 1980 (Deck) graduate of the Massachusetts Maritime Academy and the lead commentator of MaritimeProfessional.com. Additionally, he is Editor of both Maritime Logistics Professional and MarineNews magazines. He can be reached at [email protected] or at [email protected] MaritimeProfessional.com is the largest business networking site devoted to the marine industry. Each day thousands of industry professionals around the world log on to network, connect, and communicate.

A New Twist in the BWT Story

An Inside Look at Ballast Water Testing 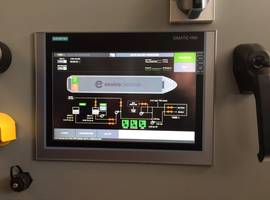