Posted to Maritime Musings (byDennis Bryant) on May 4, 2012 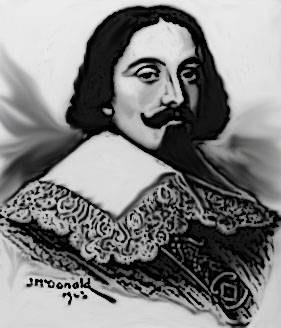 Abel Tasman (1603-1659) was a Dutch merchant and explorer.  He is credited with the European discovery of Australia and New Zealand.  He joined the Dutch United East India Company (Verenigde Oostindische Compagnie - VOC) in 1633 and was promptly dispatched to its Far Eastern headquarters in Batavia (now known as Jakarta, Indonesia).  In 1639, he sailed as second in command on expedition to Taiwan and Japan.  The VOC had established a fortified trading post on the western coast of Formosa (Taiwan) in 1624 called Fort Zeelandia, which served as the nexus for trading with China and Japan.  In 1634, the VOC was allowed by the reclusive Japanese government to establish a small trading post on the artificial island of Dejima in Nagasaki Bay.  The Dejima Dutch Trading Post remained in operation until 1853, when it was integrated into the city of Nagasaki.  For years, there had been conjecture about a great southern continent, Terra Australis or Beach, supposedly rich with gold.  It was depicted on various maps as far southwest of Batavia, although no European had ever been there.  In 1642, the VOC commissioned Tasman to obtain knowledge of these unknown provinces.  Tasman sailed first to Mauritius.  After topping off his supplies of food and water, he headed southeast.  When the weather got too cold, he changed course to a more easterly direction.  On November 24, 1642, he became the first European to reach what is now called Tasmania, which he named Van Diemen’s Land, after the Governor-General of the Dutch East Indies.  He sailed around the west, south, and east coasts of Tasmania (thereby missing Australia proper), charting as he went.  Continuing east, he arrived at South Island, New Zealand on December 13, 1642.  He named it Staten Landt and assumed that it was connected to South America.  After an encounter with hostile Maori natives, he returned to Batavia via the Fiji Islands and New Guinea.  Tasman’s next voyage, in 1644, was more successful.  After exploring the south coast of New Guinea from west to east, he turned south, landing on the north coast of Australia at what is now called the Cape York Peninsula.  He sailed west along the entire north coast of Australia, thereby confirming that it constituted a major land mass, which he claimed for the Dutch Republic and called New Holland.  The VOC could see little commercial value in the discovery and largely ignored it in favor of trade with Asia.  When he died in Batavia in 1659, Abel Tasman was a wealthy and respected merchant, although his discoveries had been written off by the VOC as interesting but inconsequential. 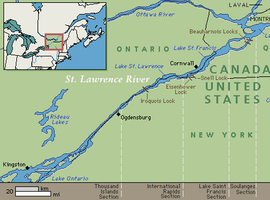